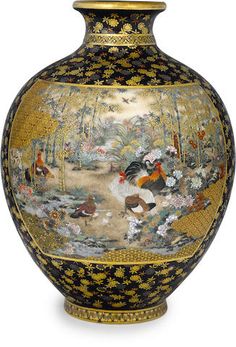 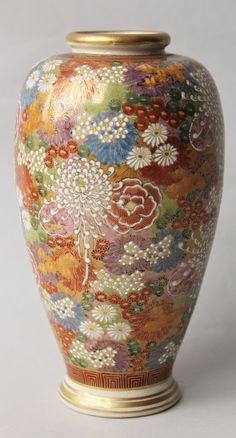 Declaration: Japanese Satsuma Vase has been declared an antique and was approved for sale on sellingantiques.co.uk. 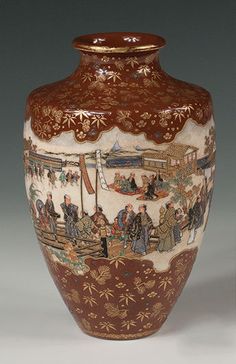 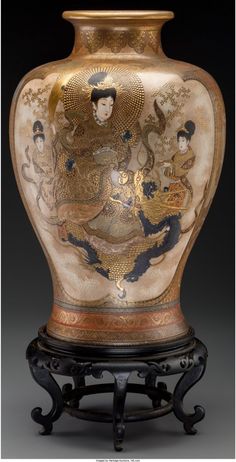 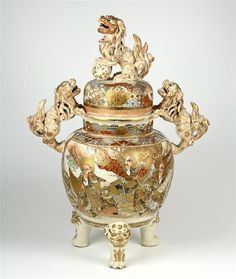 A large Japanese earthenware Satsuma censer and cover early 20th century, the globular body with two main reserves, one depicting three scholars in a garden, the other with flowers issuing from rockwork and butterflies, beside a lake, within diaper borders, the cover similarly decorated and with a large Buddhistic lion finial, base with similar twin handles, raised on three lion mask paw feet, 17in. (43cm.) high, minor losses to dogs. 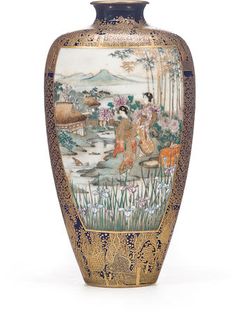 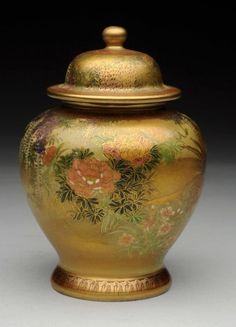 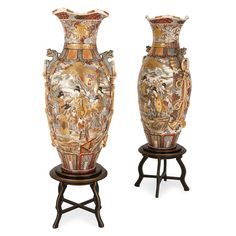 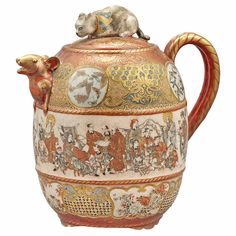 Lot 30 part of the Asian Works of Art Auction at Doyle. Meiji Period The ovoid form raised on three short bracket feet, the body worked with three registers, the middle with a procession of figures in various pursuits, beneath round vignettes of birds and butterflies, and above an alternating band of shaped cartouches of blossoming peony, prunus and diaper patterns, the spout molded in the form of a mouse, the domed lid with a crouching cat finial, all reserved on an iron red and gilt… 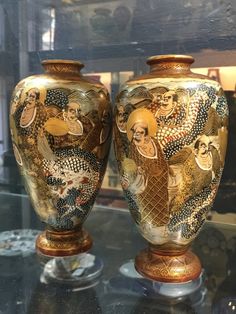 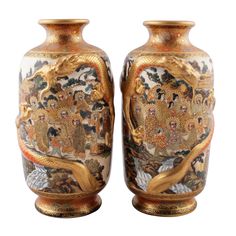 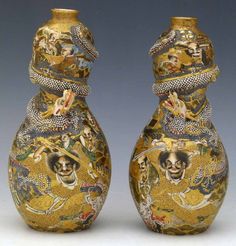 Bid Live on Lot 326 in the Fine Art Sale Auction from Peter Wilson. 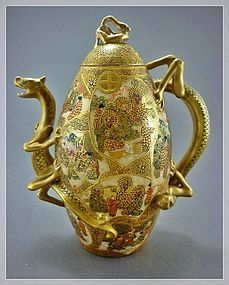 This is a finely made, hand painted, artist signed Satsuma teapot with detailed painting of wise men(arhats) and raised lizard or dragon handle and spout coiled and curved around body of teapot and much open work. It shows Satsuma Mon and lots of raised gold and various shaped panels with arhats and pictures of samurai life. The maker's mark on the bottom: "Dai Nippon, Satsuma, XXZan (illegible), Hododa" which indicates Meiji Period (1868-1912). Beautiful decoration with nice gilt work. It… 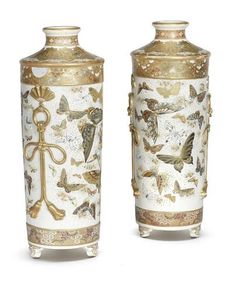 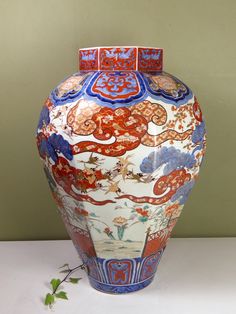 Declaration: Large Imari Vase has been declared an antique and was approved for sale on sellingantiques.co.uk. 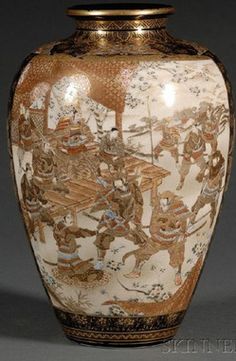